One of Australia's greatest natural assets, this is a national park in two parts.

It's accessed from Cradle Mountain at its northern edge and Lake St Clair in the south - both of them among Tasmania's most famous landmarks - and spans seven of the state’s 10 highest mountains.

Part of the Tasmanian Wilderness World Heritage Area, this is the place to discover Tasmania’s alpine treats. In autumn the slopes beneath Cradle Mountain blush yellow and red as the deciduous fagus turns in colour. Wildlife is plentiful, and glacial lakes fill the spaces between mountains..

Walking tracks radiate into the park from both visitor areas, including the celebrated multi-day Overland Track, though you needn’t walk for a week to discover this park’s alpine charms and rugged beauty.

Tasmania’s famously bowed mountain rises steeply from the shores of Dove Lake, creating a spectacular scene from Marions Lookout or the lake edge.

Though often dwarfed in the imagination by Cradle Mountain, the park’s other peaks are no less spectacular. Many of Tasmania’s highest mountains - including Mount Ossa (the state’s tallest peak), Pelion West and Barn Bluff - bracket the Overland Track, creating magnificent mountain views as the hike weaves between them.

Pooled beneath Cradle Mountain, this stunning glacial lake provides classic mountain views – from the historic wooden boat shed on its shores or as the deciduous fagus glows across the slopes in autumn. Roland B and B Set out on a lap around the lake, passing directly beneath the nose of Cradle Mountain. This walk (2-3hr, 6km) mixes mountain views with dense thickets of rainforest. One of Tasmania’s 60 Great Short Walks.

The challenging climb to the summit of Tasmania’s fifth-highest peak (8hr, 12.8km) delivers incredible mountain views. It requires a head for heights and an ability to scramble over boulders. One of Tasmania’s 60 Great Short Walks.

Short on effort, high on scenery, this well-named walk (20min, 1.1km) loops through mossy rainforest beside a creek at the park’s northern edge. One of Tasmania’s 60 Great Short Walks.

Ascend from the shores of Lake St Clair to the high alpine tip of this grandstand mountain. This circuit (7hr, 19km) makes a challenging day out. One of Tasmania’s 60 Great Short Walks.

Tasmania’s most famous multi-day trek is a 65km, six-day walk that threads between many of Tasmania’s highest and most spectacular peaks as it traverses the park from Cradle Mountain to Lake St Clair. Bookings are required to hike the track from October to May. 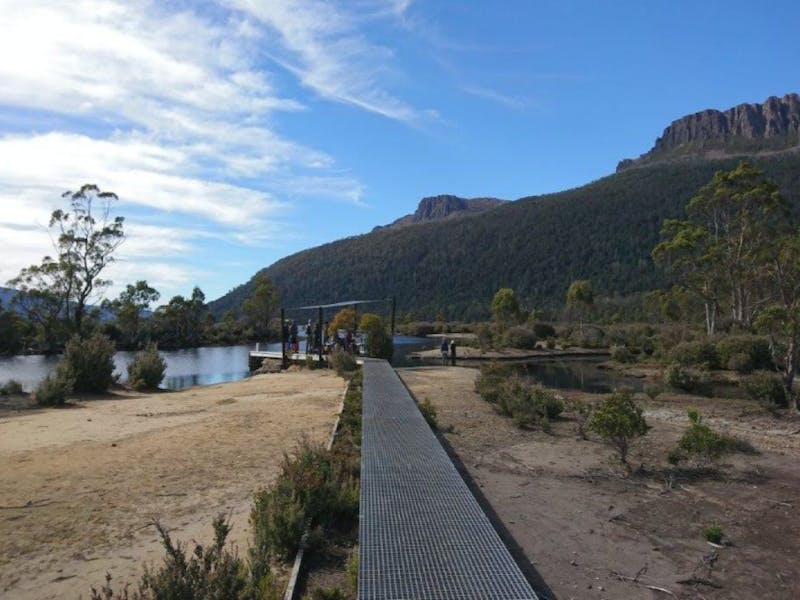 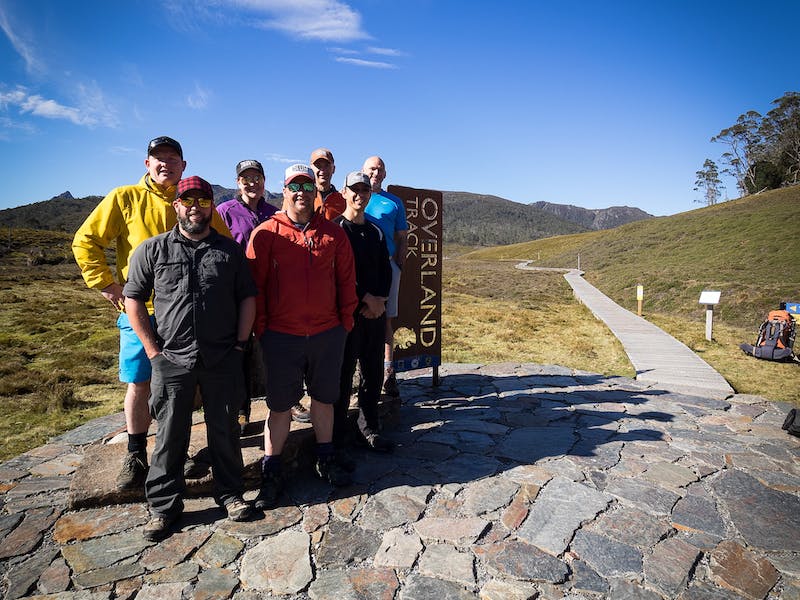 Swim, leap, slide and abseil your way through a narrow canyon on this adventurous tour at Cradle Mountain.

Scenic flights range from a short loop over Dove Lake to an hour-long flight encompassing the park.

Witness the antics of Tasmanian devils (and quolls) at this sanctuary at the park’s edge. Wander the centre by day, or come later for an after-dark feeding tour. National-park shuttle buses run between the Cradle Mountain Visitor Centre and Dove Lake (8am-6pm October to March, and 9am-5pm April to September), with private vehicles not permitted on the road during these times. Shuttle bus tickets are included as part of your parks pass, which is required for entry to Tasmania’s national parks.